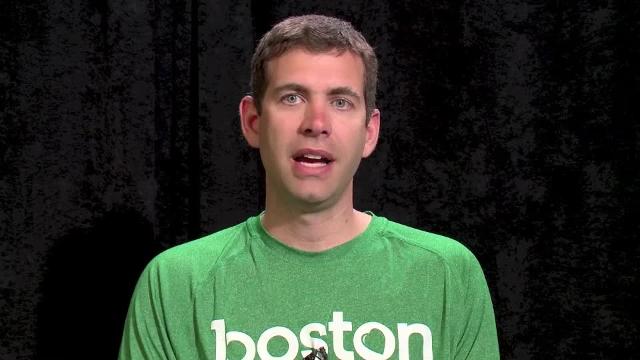 Brad Stevens might be just 41 years old, but he’s already established himself as one of the most respected coaches in basketball.

His impressive leadership at Butler earned him the head coaching gig with the Boston Celtics, where he’s now guided the team to four consecutive playoff appearances. In the above video, Stevens outlines some tips for how a coach should act when inheriting a new team. Stevens believes that to lead a team, you must know a team. And knowing a team takes time.

“The people around you are accomplished, they’re passionate, they’re competitive, they want to do well, and that your job is to help them find their best ability,” he says. “So it’s more about getting to know people. That’s what I’d encourage anybody who’s taking over a new situation, especially in a leadership role, (to realize). Rome wasn’t built in a day. You can’t expect to know every great quality about every person you’re coaching right from the get-go. You’ve just got to meet them and figure out what makes them tick.”

When Stevens became the head coach of the Celtics in 2013, he knew the franchise couldn’t be turned around in a day—or even a season. Yet the team’s year-by-year record speaks to his steady-hand approach. The Celtics’ regular-season win total has increased every year under Stevens’ guidance.

To find this full resource and over 2,000 others from Positive Coaching Alliance, head over to pcadevzone.org.

Positive Coaching Alliance is dedicated to building Better Athletes, Better People and is a proud contributor to STACK.

The Rules Of Flag Football – Explained