One reason Bai drinks are resonating with modern consumers? Unlike soda, they’re not stuffed with an exorbitant amount of sugar or calories. In fact, a 16-ounce bottle contains just 10 calories and 2 grams of sugar. But just because a drink is low in calories and sugar doesn’t automatically make it healthy. So do Bai drinks really deserve to become a part of your beverage habits? Read on to find out.

Bai Antioxidant Infusion drinks come in 16-ounce bottles. Though these bottles technically contain two servings of the drink, who in their right mind is drinking half a bottle of Bai and saving the rest for later? It’s just not realistic. So without further adieu, here are the nutrition facts for a 16-ounce bottle of Bai Brasilia Blueberry:

Twenty percent of your daily vitamin C is a plus, as vitamin C is essential for growth and repair of tissues throughout the body. It’s also an antioxidant, meaning it battles the internal damage caused by free radicals, which may play a role in heart disease, cancer and conditions like arthritis.

But what’s going on with that 100mg of polyphenols and chlorogenic acid from coffee fruit and white tea extracts? Much of Bai’s marketing centers around its use of coffee fruit (the company refers to it as “coffeefruit” in their marketing materials). Coffee fruit is the fruit or berry that surrounds the coffee bean. From Bai’s website: “The coffeefruit’s red pulp has free-radical fighting antioxidants. Antioxidants help maintain your body’s natural protections against potentially damaging process such as oxidation. In other words, antioxidants are like your body’s bodyguard. So as you can probably imagine, we love the coffeefruit. We are constantly innovating processes to convert this once discarded coffee byproduct into an even better super ingredient. In fact, we think of it as our super-secret superfruit.”

Much of the research on coffee fruit has centered around its ability to stimulate levels of an important protein known as brain-derived neurotrophic factor (BDNF). A 2013 study found that a single dose of whole coffee fruit concentrate “nearly doubles the amount of BDNF (brain-derived neurotrophic factor) in the blood after 60 minutes with sustained effects for at least two hours after treatment.” The same effect was not seen with freshly brewed coffee. It’s becoming increasingly clear that BDNF has an important impact on our overall health and wellness. BDNF is essential to brain health, and low levels of BDNF have been associated with outcomes like depression, Alzheimer’s, epilepsy, anxiety and impaired learning. BDNF levels naturally decline with age, but we can increase them with proper exercise and diet.

White tea extract has numerous health benefits. A 2009 study found that white tea had “anti-aging potential and high levels of anti-oxidants which could prevent cancer and heart disease.” White tea extract was also found to reduce the risk of inflammation. The 35mg of caffeine is also a plus, especially from an athletic performance standpoint. “Caffeine, studied in its isolated form, has been found to be one of the most tried and true performance enhancing substances of all time. It can basically just help you get that extra push you need during an athletic performance,” says Ryan Andrews, RD and a coach at Precision Nutrition.

So the inclusion of these ingredients certainly has merit, and there seems to be little to no downside in consuming them in the amount present. Aside from that, the biggest strength of Bai Antioxidant Infusion drinks may be their low calorie and sugar count. The calories and sugar content are minuscule compared to most sodas or fruit drinks. In fact, you’d have to drink nearly 2.5 gallons of Bai Brasilia Blueberry to consume the same amount of sugar you’d find in a 12-ounce can of Coca-Cola. 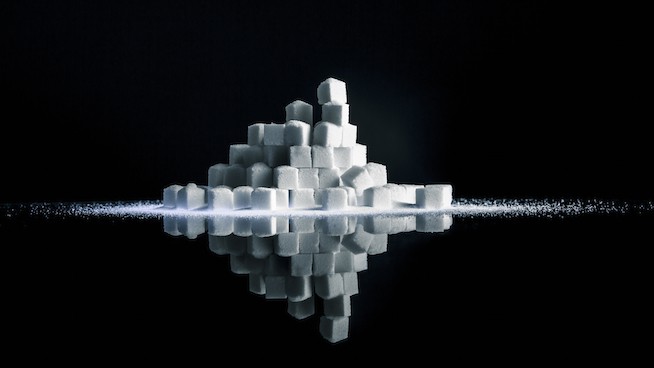 So how is Bai able to achieve such a sweet flavor with so little sugar? The answer lies in their “Proprietary Sweetener Blend.” This blend—which is used to sweeten nearly every Bai product—contains just two ingredients: erythritol and stevia leaf extract. Every drink in the Bai Antioxidant Infusion line contains between 10-20 grams of erythritol per 16-ounce bottle. Erythritol is an all-natural sugar alcohol that looks and tastes like sugar yet contains just 0.24 calories per gram (sugar, on the other hand, contains 4 calories per gram). The second sweetener is stevia leaf extract. Stevia is a plant native to Paraguay that’s long been used as a low-calorie sweetener. It contains no calories and is roughly 250 to 300 times the sweetness of sugar. Due to this intense taste, stevia makes up less than 1 percent of Bai’s Proprietary Sweetener Blend.

The good news is both of these sweeteners have been well-researched and are generally considered safe.

Sugar alcohols such as erythritol are a pretty strong alternative to real sugar. They won’t rot your teeth out, they’re lower in calories and carbs, they don’t cause dramatic shifts in blood sugar and the existing research shows few long-term health risks. The one big potential side effect of erythritol consumption is gastrointestinal discomfort. The Mayo Clinic writes: “when eaten in large amounts, usually more than 50 grams, but sometimes as little as 10 grams, sugar alcohols can have a laxative effect, causing bloating, intestinal gas and diarrhea.” If your stomach seems particularly sensitive to sugar alcohols, Bai may not be the beverage for you.

While large doses of stevia extract have been associated with reduced testosterone levels and periodic reductions in female fertility, the FDA considers highly-refined stevia preparations (such as stevia leaf extract) as “generally recognized as safe.” According to the Mayo Clinic, a product is “generally recognized as safe” by the FDA when it’s “deemed by qualified professionals based on scientific data as being safe for their intended use, or they have such a lengthy history of common use in food that they’re considered generally safe and don’t require FDA approval before sale.” Stevia extract may cause mild side effects such as nausea or stomach discomfort in some people.

Overall, Bai Antioxidant Infusion drinks offer a massive upgrade over traditional soda and similar high-sugar beverages. The sweeteners they use in place of sugar are generally considered safe, but care should be taken not to over consume them. Both white tea extract and coffee fruit extract have shown great promise in terms of health benefits and there appears to be little downside in consuming them. Bai Antioxidant Infusions shouldn’t be seen as a replacement for water or whole fruits and vegetables, but if you’re looking to ween yourself off high-caloric sweetened beverages, you could do a whole lot worse.